Overzicht van alle lopende referenda in de VS:
http://www.iandrinstitute.org/BW%202008-1%20Preview%20(v3%2010-15).pdf
The big story for ballot propositions this year is the surge of social issues. Tax and spending issues that normally dominate initiatives and referendums are taking a back seat in November to a diverse collection of social issues, with intriguing potential spillovers onto the presidential election.

A few propositions are likely to garner national attention because they could impact policy nationwide, or influence presidential or senate campaigns.

• Gay marriage. Gay marriage has been a hot issue since February 2004 when the supreme court of Massachusetts found a right to same-sex marriage in the state constitution. That ruling set off a backlash across the country, with citizen groups and legislatures rushing to place constitutional amendments on the ballot to head off a similar ruling by courts in their states. So far 29 of 30 propositions defining marriage as solely between one man and one woman have been approved. In 2000, before this issue exploded on the national stage, California voters approved Proposition 22, banning gay marriage, by a 61-39 margin. Because Proposition 22 was a statute rather than a constitutional amendment, however, it was vulnerable to being overturned as a violation of the state constitution. In May 2008, the Republican-dominated Supreme Court of California did just that, issuing a 4-3 ruling that the state constitution contains a fundamental “right to marry” that applies to same-sex couples. California’s Proposition 8 in November is an attempt to reverse that ruling, giving voters the option to amend the state constitution this time. Arizona and Florida voters will also consider constitutional amendments banning gay marriage. For more on same-sex marriage, see Ballotwatch Report BW 2008-2, “Same-Sex Marriage: Breaking the Firewall in California?”, available at www.ballotwatch.org.

Proposition 8 is important for several reasons. So far the movement to legalize gay marriage has been driven by courts, and not by the legislatures or initiatives, the more democratic parts of the government. If California voters reject Proposition 8, thereby affirming the right to gay marriage, it will be the first significant popular affirmation of the idea. Also, California has been a bellwether in the past — for tax limits, term limits, environment — and was one of the first states to approve a ban on gay marriage, so a victory in the Golden State for gay marriage supporters could position them as forward-looking, and cast their opponents as defenders of a fading world view. So far, groups for and against Proposition 8 have raised $55 million between them, apparently a record amount for a social issue. Proposition 8 could also have an effect on the presidential campaign. Both candidates have taken a position on the measure — John McCain in support and Barack Obama opposed — but both are trying to keep it below the radar, preferring to fight for the presidency on other terrain. Conventional wisdom is that Obama will take California, but if Proposition 8 forces the candidates to spend time discussing their positions on gay marriage, it could have a significant if unpredictable effect on the dynamic of the election in other states where the race is projected to be close.

Opinion surveys in August and September show voters inclined to reject the measure by more than a 10-point margin. Since support for ballot propositions tends to drop during the course of the campaign, Proposition 8 appears to be in critical condition.

• Abortion. Abortion is one the most polarizing issues in American politics, but the law has essentially been settled since the Supreme Court’s Roe v. Wade decision in 1974. With the replacement of liberal with conservative justices, some observers believe a majority of the Supreme Court may be prepared to reverse itself on Roe v. Wade. In order to provide a case that gives the Court an opportunity to rule on this issue, pro-life activists in Colorado and South Dakota have placed measures banning abortion on the ballot. Colorado’s Amendment 48 does not mention abortion, but rather defines a “person” as a human being from the point of fertilization, and would make abortion equivalent to murder. This amendment, which contains no exceptions for rape or the health of the mother, seems too extreme to pass in Colorado.

The more interesting proposition is in South Dakota. In 2006, the state legislature passed a law banning abortion that was challenged by a referendum placed on the ballot by citizen petition. After a heated campaign that attracted interest from pro-choice and pro-life groups across the nation, voters repealed the law by a vote of 44 to 56 percent. One factor contributing to the repeal was the omission of an exception for rape and the health of the mother. Pro-life activists regrouped from that defeat and qualified an initiative for the November ballot that would ban abortion, but this time provides exceptions for rape and the health of the mother. Given the generally conservative reputation of the South Dakota electorate, the prospects for Initiated Measure 11 appear to be reasonable. This campaign will attract a variety of out-of-state organizations, and should attract the national media.

• Civil rights / affirmative action. Race is another divisive issue in American politics, and one that many people, especially political candidates would prefer not to discuss. But initiatives in Colorado and Nebraska may inject race into the national debate. The measures simply say: “The state shall not discriminate against or grant preferential treatment to any group or individual on the basis of race, sex, color, ethnicity, or national origin in the operation of public employment, public contracting, or public education.” In effect, these measures would ban many affirmative action programs and require outreach to be based on economic circumstances, residence, or other such indicators. Identical measures were approved in California (1996, 55%-45%), Washington (1998, 58%-42%), and Michigan (2006, 58%-42%). In all three campaigns, the initiatives were opposed by leaders of both political parties, and by prominent business and social leaders, yet were passed by large margins. With sizeable victories so far in liberal states, the prospects for these measures in Colorado and Nebraska appears to be good. In addition to the substantive changes in policy these initiatives would bring about in their states, large margins of victory in the face of elite opposition would provide additional evidence that the parties and other opinion leaders are out of step with the voters on this issue. Perhaps as interesting, the measures could  force the presidential candidates to engage in a discussion of race, something that neither is likely to welcome, and that could have an unpredictable effect on the presidential campaign. John McCain has endorsed the Arizona measure, and Barack Obama is opposed. 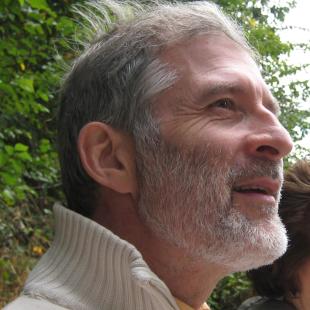